The other night I overheard my mother putting Sadie to bed. Sadie is Eva’s cousin at a robust, four and a half months older than Eva. GiGi tucked her in and as she was dosing off dreaming about Mickey Mouse and Disney Princesses my mother recited the Lord’s Prayer.

I had totally forgotten or blocked it out I am not sure which – but my mother recited the Lord’s Prayer to my siblings and I every night of our childhood and we would be instructed to say it along with her when we were old enough, how could I forget. The words came creeping back into my mind like a favorite poem:

Our Father who art in heaven,

hallowed be they name.

your will be done,

on earth, as it is in heaven.

Give us this day our daily bread,

and forgive us our trespasses

for we forgive those who trespass against us

And lead us not into temptation,

but deliver us from evil, forever and ever

At the end my mother would say God Bless, and then list all the family members who were in heaven.

Every night would be a chorus of “Go to bed! “ “Say your prayers!” we would put our hands together in pretend prayer until we were reprimanded to take it seriously. My sister would always get the trespasses line wrong and we would rarely finish it without help. So all these years later, did it rub off?  Not really in the way it was intended.

Far from being a good Christian, I rarely go to church and I got married in my aunt’s garden because our vicar refused to let my two miniature dachshunds, Piccolo and Piglet walk down the aisle as ring bearers. I am what my mother calls a “heathen.”  It was this moment, a flashback to my childhood recitations of the Lord’s Prayer to consider the possibility of this being true.

It is always shocking when you turn out to be exactly like your mother even if you had intentions of being completely different. Eva is barely two but every night I make her turn off her Tinker Bell lamp by pressing the center of the flower at its base, and then as the fairy swirls around and the lights go out, I refuse to put her in her crib until she says, “ Good night Fairy, I believe in Fairies.” Most of the time she does what she is told, and curls up without resistance but some nights she won’t say it just to annoy me.  Sound familiar? Without realizing it until now, I have been indoctrinating my daughter in the supernatural. I am a heathen; I am a derelict mother. Worse I am just like my own mother. I can’t seem to read her a bedtime story and call it a day.

Age two is when children begin to develop their imagination and I forgive myself thinking that letting her believe in fairies is helping expand her mind. Eva’s make believe usually involves a tea party or a sleep over for her friends: Bunzy, Mickey and Minnie Mouse and Peppa Pig.   But the other day she was having just such a sleep over under her blanket tent. I came in and sat down next to her and she laid down ontop of the blanket and looked up at me and said, “ I am sleeping.”

To which she replied, “No, I am not sleeping,”

I agreed, then she said, “I am dying.”  For a moment I felt like Tinker Bell fell out of the sky at my feet and expired.

“You aren’t dying.”  Was my witty, well thought out reply.  I could see her scanning my face for recognition. I was taken aback but tried to hide it with a fake smile. It worked.

I really wasn’t prepared for something so difficult to happen, she wasn’t supposed to throw hard questions my way until she was at least eight and maybe not until she was sixteen. I was supposed to have years to dream up interesting, intelligent answers to, “What happens when you die?” I was worried too that next, pretending to pee like a boy was going to turn into the where do I come from talk at age three.

I asked Auntie Zoe the next day when she picked her up for school if anything happened at school that would make her say something like that. Zoe said they were talking about watering the tomato plants that were dying. That made me feel better, but I couldn’t help but think she had picked it up from an older kid, after all the playground is where you learn most of life’s lessons starting at two.

I am still not sure what I will tell her about dying. I am starting to think I should start talking about heaven first, perhaps I should read her the Lord’s Prayer, or maybe Gigi will have a chance to indoctrinate another generation if she ever agrees to babysit. By saying No she is passive aggressively creating more fairy-believing heathens.

I myself do believe in an after life but how do you explain that to a kid. I also believe in Tinker Bell in the parallel world of my imagination where I am still a two year old waiting for a life full of adventures. Maybe Eva is a bit cynical like her grandmother after all by living we are growing older, which is dying. Or maybe Eva just wants to understand but, in that case I have some bad news because adults are still arguing about life after death and the other mysteries of our world.

Interestingly around the same time this happened, I came across this article trending on the internet, evidently most kids believe in immortality whether its believing in heaven, fairies, ghosts or God.

Not planning on giving up on Tinker Bell anytime soon. 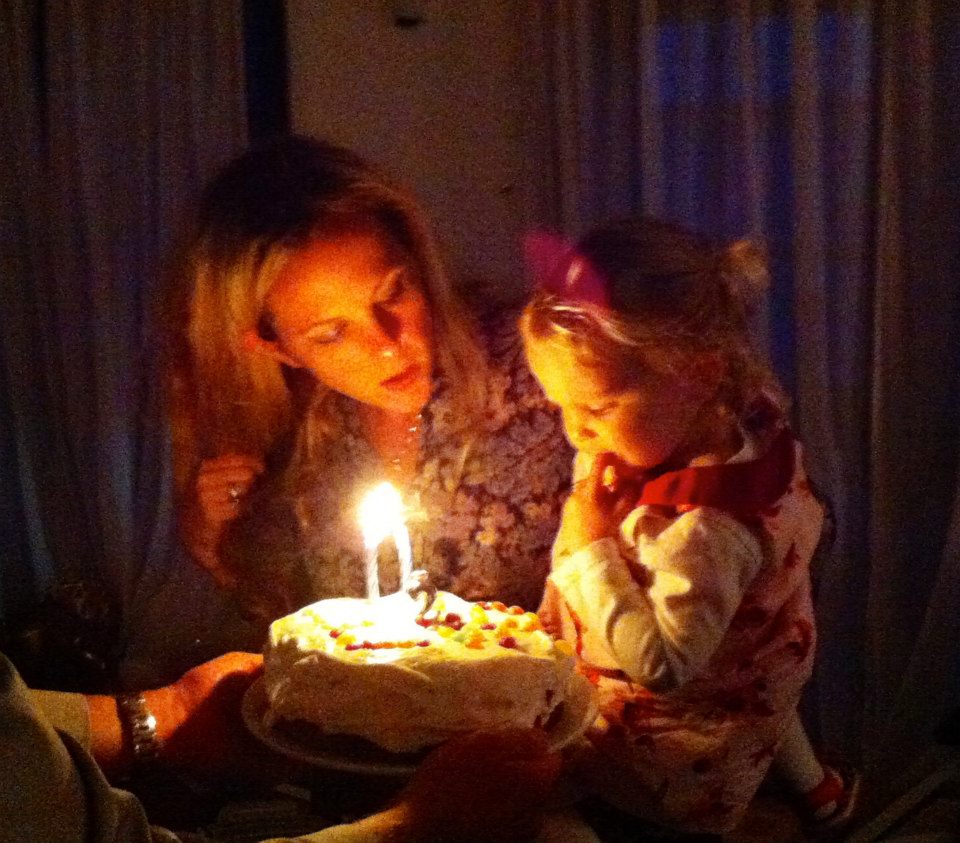